The narrow aperture thus opened reveals a constant ferment, a tapestry of abstract internal musing, which was translated into modest paint-strokes on paper in small format.

A look at his work may throw light on Mizne’s passion as a painter, and open a door to understanding the need that united his numerous outside activities, among the great artists and musicians of the XX century, and the vitality that he internalized and transformed into a refined, sensitive and multi-layered statement. The same modesty that characterized Mizne’s personal relations with the artists whom he supported, is present in his own painting, which expresses a silent and unpretentious progression, a colorful emotional tableau leading from the experiential world to the soul.

In terms of style, Mizne the painter is associated with the work of Klee, Kandinsky, Miro and other painters of the period between the two world wars who tended to the abstract/decorative, on the verge of the mythical. As opposed to the work of these painters, who grappled with problems of representation and tried to formulate the language of painting as an expression of the soul’s universal structure, Mizne’s work lies in a domain defined by reduction to arm’s length and eye level. His pictures are constructed of oil, gouache and pastel in simple, flat layer work bordering on monochrome. Within the simplicity of the incidental expression Mizne incorporates Oriental elements, loops and arabesques that send the viewer out of the picture’s plane surface to another place, wherein lies the ironic-tragic spirit of the period. 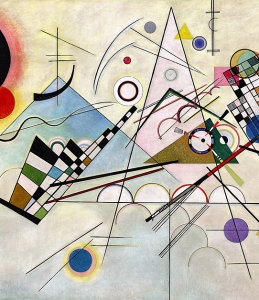 The Smile of the Flamboyant Wings, 1953, Joan Miro 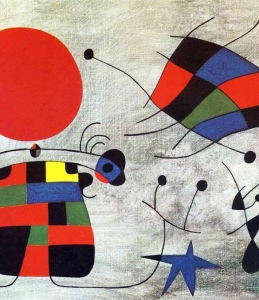 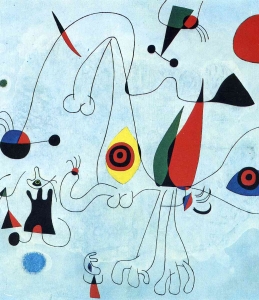 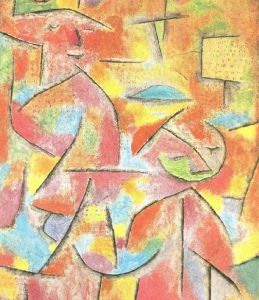 Contrary to Klee’s and Miro’s paintings, in which figuration was expressed in an extreme, childish way, the outlines and minimalist allusions to the real world have disappeared from Mizne’s work. Mizne asks of his viewer to stay awhile in a floating/hovering state, between materiality and nullity, between knowledge and an emptiness that is all dim emotional sonancy. There is no place in Mizne for figurative narrative, no grappling with the problem of representation; there is no figuration or need for emotional thrill, no desire for the realization of a too-complicated statement. The appearance of the picture is nothing but a game, a frolic expressing the well-being of a spirit, which seeks to make no name for itself; a spirit free entirely.

We're not around right now. But you can send us an email and we'll get back to you, asap.